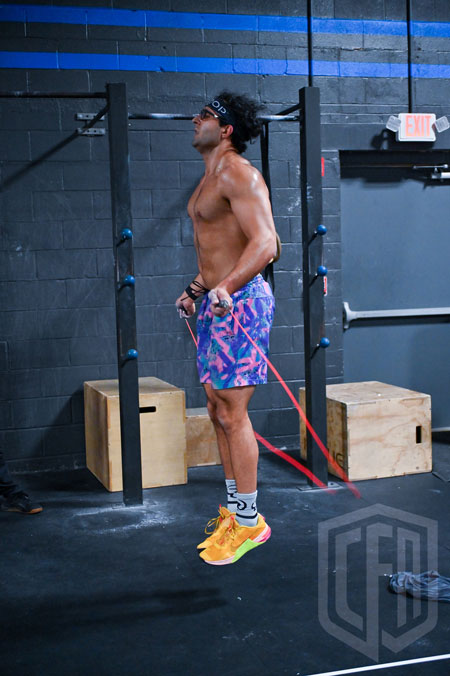 -Must complete movements in order
-1 athlete working at a time while other rests
-Can partition work however
-Purposefully “less” work than individual version because athlete should be sprinting when it is their turn
Time Cap: 49 Minutes

“One can have no smaller or greater mastery, than mastery of oneself.” – Leonardo Da Vinci

Leonardo Da Vinci was one of the first documented individuals to believe that humans could take flight.

Imagine living back then, when the idea was first expressed. Talk about a nightmarish idea! The thought of hurling humans into the air, like a bird, with no guarantee of landing. Pretty damn amazing how his prediction came true, despite it all.

The quote at the top is an expression of such a thing. To believe, to master his mind, despite what all external “sources” may be offering in response. He knew of the risks, and well recognized the fears. But he believed it to be possible regardless.

It’s good to acknowledge the primary job of our brain – to keep us safe.
It’s going to aim to convince us that we want to avoid risk, danger, and failure.
The saying “it’s you versus you” is accurate.
It’s not the competition that will beat us. It will only be ourselves.