The latest news to keep your mind and body fit 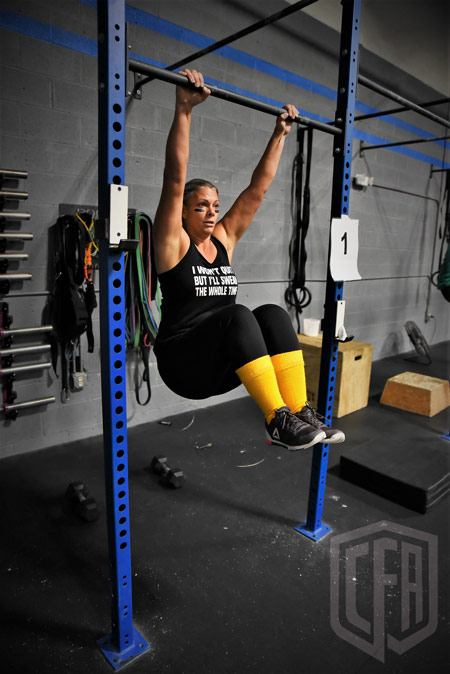 “Build before you have to.” – James Clear

We are creatures that respond very, very well to pressure situations.
If we are studying for a test, cramming the day before tends to nearly be “magical”. Under such external pressures, we create this urgency that drives results.

But – what if we don’t need that external pressure?
What if we can create it for ourselves, internally, for everyday use?
What a weapon that would be.

Build the skill set before you need to use it.
Build the knowledge before you need to know it.
Be ahead of the game. So that when it comes, we’re playing it, and not vice versa.
Create the urgency today through a commitment to ourselves. Always an eager student. 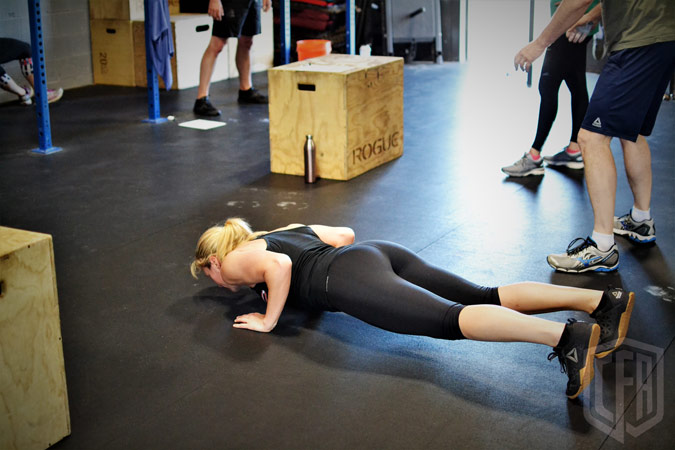 “No one was ever wise by chance.” – Seneca

Let’s pretend we have two individuals out hiking in the woods.

The first trips over a root, and after scrambling back to his feet, kicks the root in frustration and storms off. The second individual trips over the very same root as well, but has a different response. After gathering himself, he looks around, refreshing himself of the importance to scan the path ahead. He then moves on, now paying closer attention to the ground in front of him.

One took the effort to learn from it, one did not.
Wisdom isn’t by chance. It is by choice. 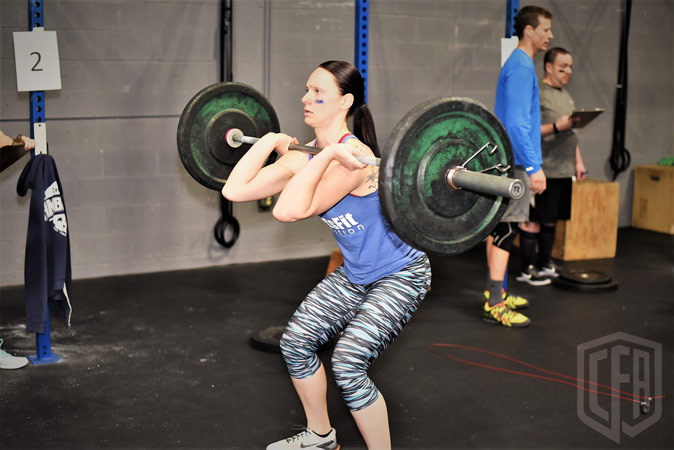 “Your mind is not your shoe size.” – Jim Kwik

Have you ever taken an “IQ Test”?

Chances are you have of some sort. A test that claimed to tell us our capacity in life. Where the resulting score is the equivalent of looking into a crystal ball on how successful we’ll be.

As ridiculous as that sounds, it’s a nightmare that comes to life for many. A self-fulfilling prophecy that can cut potential at the knees.

The truth of it all however, is that we know so very little about how the mind actually works. It’s still such a mystery to us. Yet, we can find ourselves building an imaginary ceiling over our heads.

In regards to one of life’s greatest mysteries, there’s one thing we can bank on… that our mind is not our shoe size. 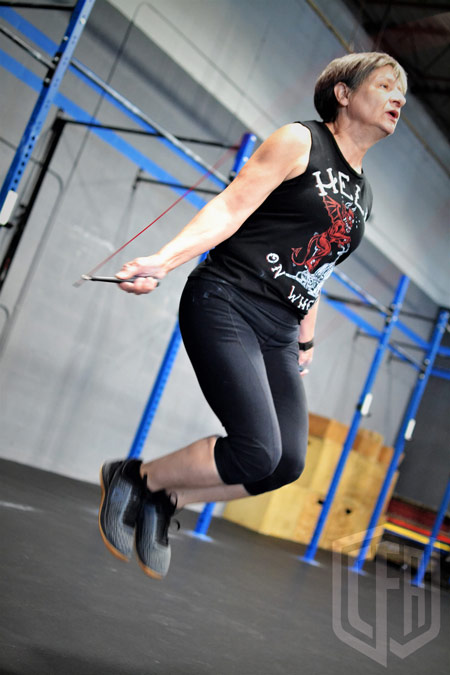 “It’s not how much we give, but how much love we put into giving.” – Mother Theresa

Imagine we’re moving. And we have two friends, who both extend an offer to help.

The first friend writes us a check for 1,000 dollars to help with the moving expenses. Incredibly generous. The second friend doesn’t offer a dime, but instead comes to our old place, helps us pack up every box, drives with us to the new house, and unpacks everything with us into the early hours in the morning.

Fast forward two weeks later. Both friends call you to ask for a favor. Which friend are we more likely to help?

We would choose the second friend. But why? If we were to try to explain, we collectively would flow to the same, natural response… “Because they would have done it for me.” 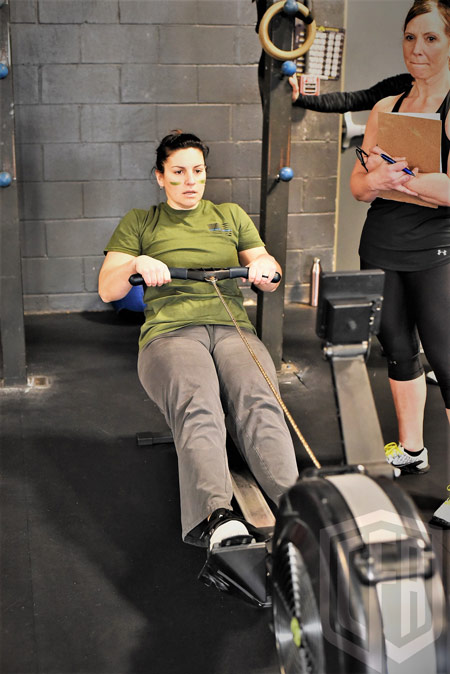 “Tell me and I forget. Teach me and I’ll remember. Involve me, and I’ll learn.” – Benjamin Franklin

The musician doesn’t learn by listening. The musician learns, by playing. It’s how the mind, in its ever plastic state, adapts. It responds to application. 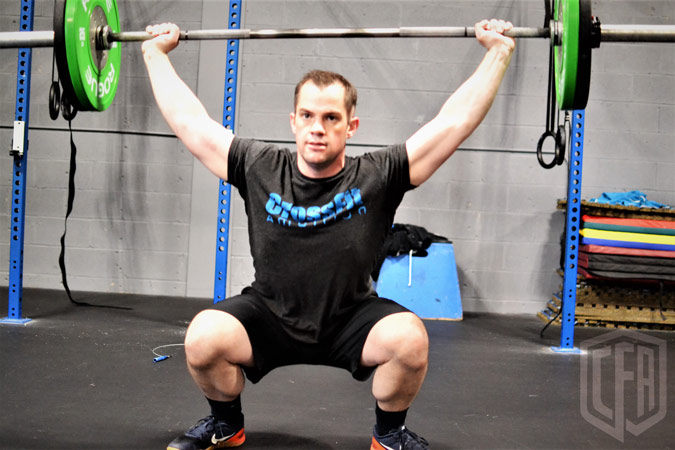 “The past is not predictive of the future.”

Mike is an 18 year old high school student, who has struggled throughout his entire academic career… specifically, with taking tests. But he’s making his way by, just barely, until he reaches the biggest academic test of his life – his SAT’s.

Mike returns home to his mother, and with all the love a mother has, questions quietly: how? How on Earth? Are you sure you didn’t cheat? They have dinner together, and celebrate his incredible scores as they talk about college.

From that point forward, Mike decides he is smart after all. After years of consistent skipping, he decides to go to class. He starts consistently scoring A’s, and doesn’t see a C for the remainder of his high school career. He goes onto the Ivy League, and starts a very successful magazine company. Mike grows a multi-million dollar business.

And six years later, he then receives a letter in the mail from the SAT board.
There was a mistake.
The letter reads that the scores were mixed up between him and another student.
As it turned out, Mike actually scored a 740.

People think his own life changed when he got the 1480. It didn’t.
Mike changed his life when he changed his behavior.
The past is indeed real. But the only time it becomes predictive of the future, is if it changes how we act… today. 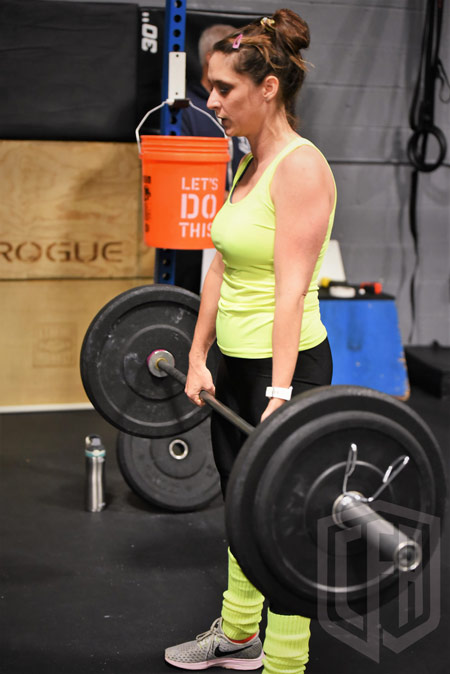 “Your actions speak so loudly that I can’t hear what you’re saying.”

When we think of our greatest role models, those we truly look up to in life, there’s a consistent commonality we’ll notice… their action under adversity. They achieved something great, under incredibly hard circumstances. They overcame a specific challenge in their darkest hour. And for that, we remember them.

Our identity isn’t shaped by the good times… but the challenging ones. In those moments, it’ll never be about what we say, but what we do. 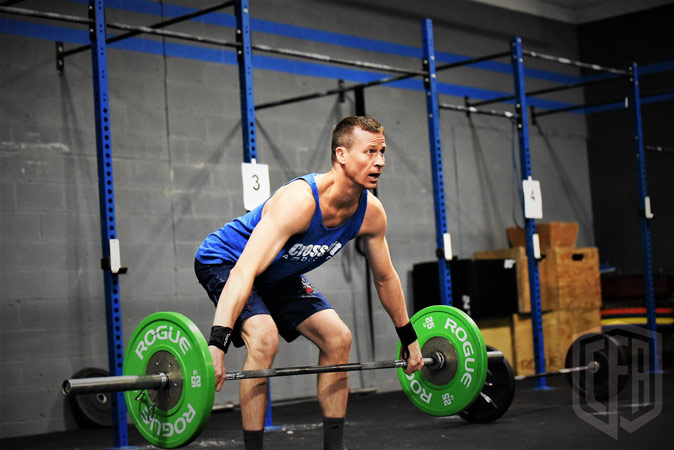 If we were to walk into the grocery store with a list of eight items to purchase, we’re in there for 10 minutes.

If we were to walk into the grocery store without a list, we end up walking the isles for 30 minutes, and find ourselves staring at a box of Twinkies in the dessert isle.

Our behavior is what is going to define our success. And it is no different than the grocery list in our pocket. Line items of decisions and principles that we choose. 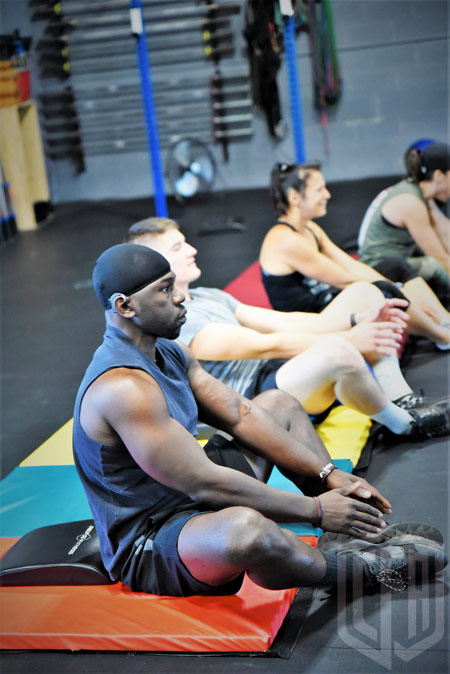 “If people knew how hard I worked to achieve my mastery, it wouldn’t seem so wonderful after all.” – Michelangelo

Written by someone recognized as one of the greatest artists of time.

“Natural born talent” is a myth. Movies portray it, sports news glamorizes… the “uncontrollable factor” that leads to such heights of achievement. Yet here he is, Michelangelo himself, expressing his backbone to success.

Greatness is never by chance. It is always by choice. The choice to do the work. 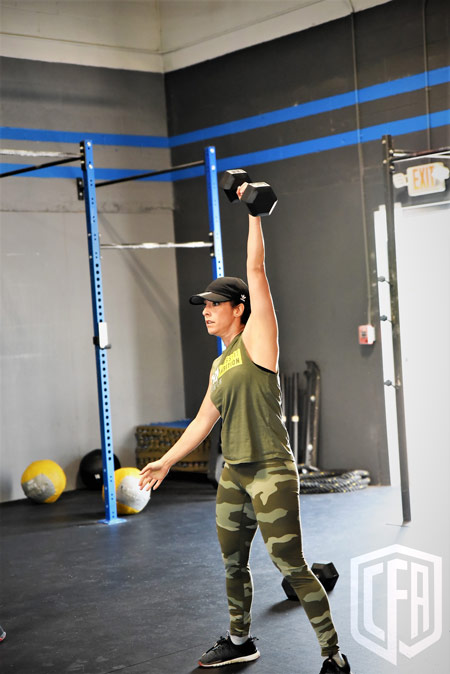 In business, this is ever important for leaders to fully understand. That the culture of a team is everything. Over any marketing plans, product launches… anything.

The same mindset is true for us as athletes.

We’ve all heard the line, “it’s not the size of the dog in the fight, but the size of the fight in the dog”. And we believe it to be true. The picture perfect strategy, executed half-heartedly, will always be beaten by the less-than-ideal strategy, but executed with full heart.

Our character is our back bone. During round 4 of “Kelly”, or the final minutes of an Open AMRAP, it will not be our “workout strategy” that we fall back to. It’s something deeper. Cultivate that, and everything else falls into place. 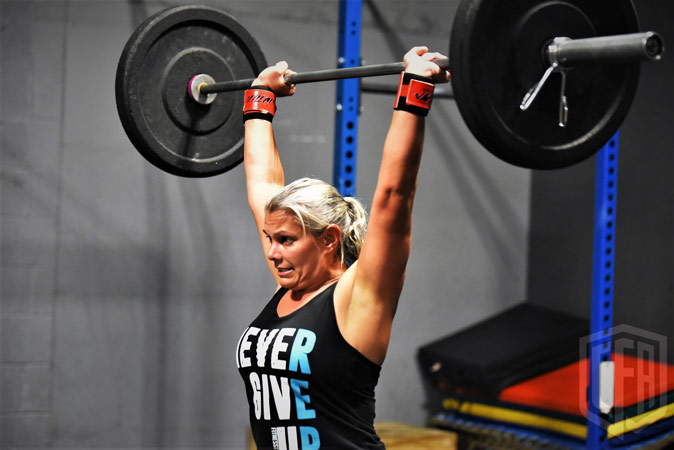 If you’re human, you’ve felt the burn of waiting too long.
Felt the pain of a missed opportunity, not due to action, but mis-action.

It is wise of us to recognize that it is a human condition to await the better setup. It is our nature to be risk-averse. We want safety, and guaranteed results. Yet the unfortunate guarantee there is that we’ll wake tomorrow in the same place we are today… if not worse. 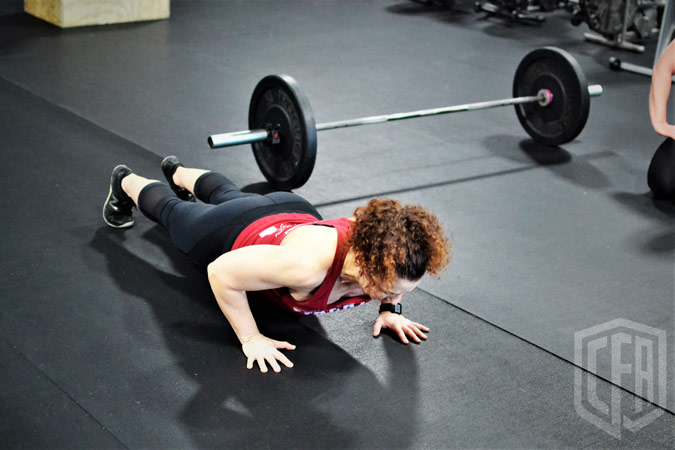 Talk is cheap.
Anyone can talk.
Only the few, choose to do.

There will be a point today where we will feel compelled to express our thoughts to someone. Maybe it’s how something could be done better.

Press pause in that moment. “Ductus Exemplo” is a Latin phrase that translates to: “Lead by Example”. Actions will always speak louder than any words. 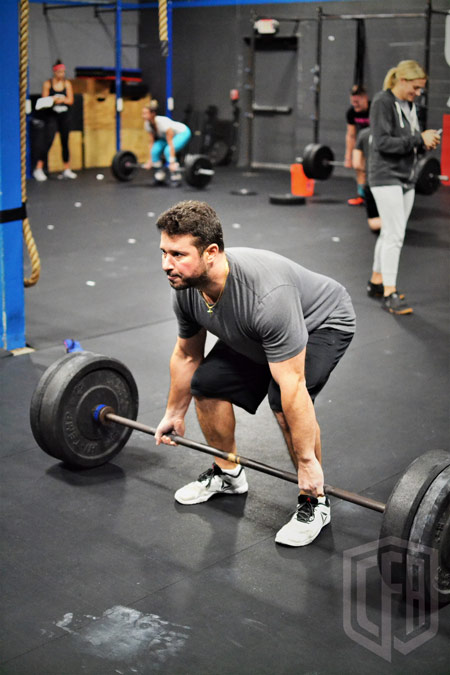 Every choice we make today is a vote in a certain direction.

If we choose to allow negative thoughts to take hold in our mind, we’re more likely to let additional ones consume the rest of our lives.

We realize that the choices we make ultimately will result in the person we become.
Accountable to our thoughts, responsible to our actions. 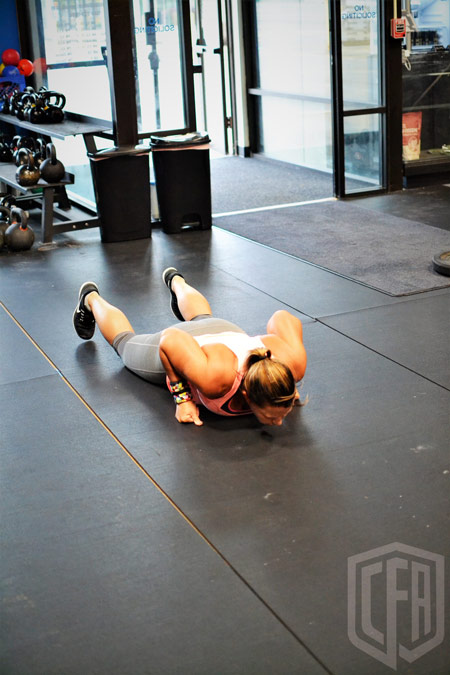 “We’re so busy watching out for what’s just ahead of us that we don’t take time to enjoy where we are.” – Bill Watterson

As competitors, we’re always striving for betterment. Through an everlasting hunger to improve, we wake each day looking to press forward. Although a phenomenal quality, this can be a double-edged sword.

We can fall into the trap of telling ourselves, “I’ll be happy when”. I’ll be happy when I make this PR, get that job, or buy that home. Yet, the finish line always moves. As soon as we do reach that PR, we’re immediately turning to thinking about the next.

The call to action is to appreciate where we are today. To reflect not just on the “to improves”, but to reflect on the positives. The accomplishments. To be proud of where we’ve come from, and where we’re about to go.

WOD Strict Press Build to a Heavy Single "Miracle-Gro" 5 Rounds: 200 Meter Run 20/15 Calorie Row 9 Strict Presses (95/65)   BOX BRIEF “Bread today is better than cake tomorrow” - Chinese Proverb There is a common misconception about drive. That if we pause to...